It start strong on March, as we can highlight the World Cup SBX in Baqueira. For the triathletes,the season begins with the Challenge Salou in April and many more sport events that would be waiting for you along the rest of 2019!

On this article we are displaying the main events where you could sign up for, participate and count on our services because we reach the EU countries, Norway and Switzerland.

You could send your sport equipment with TransSport, whether these are bicycles, snowboards, skis, surfboards, kitesurf, adapted padel equipment, skates, climbing equipment, canoes and more.

The european mountains show off with abundant snow this year, being the perfect stage for ski and snowboard lovers to leap and compete this winter.

If you want to pedal over different landscapes, in short and long distance, you would be interested to look into these sport events. Have a good time and enjoy the cyclist passion this 2019.

How to send your bicycle?

With power and constancy… if you are already training fully to become a triathlete or to improve your performance, here you have a detailed list where you could test yourself out.

To great tasks to experience the climbing adrenaline and luckily hang on a world or european medall. In September the Pantic Classic Galicia Pro will take place being the only world championship that is celebrated in spanish waters. The beach Pantín on the Valdoviño municipality is the stage of this great event. The tests dates on the venues such as Zarautz, Lanacanau, Anglet, Azores, Praia de Caparica, Fistral Beach are not yet confirmed.

In the summer, Arriondas is a stage to one of the most important river-descensions world tests in the international outlook with the best ones. Join on this one and descend down the river “El Sella”. This is an international event known by italians, portuguese, french and spanish.

Spain is the ideal destiny for kitesurfing and a world referent on this discipline. Two sport events will take place on May and June that should not be missed. Take part in and enjoy the nice weather, mild waters and perfect wind for this sport.

Being adapted padel a sport that is increasing in participation, it is expected that many are preparing themselves for this international tournament that will take place in Barcelona. According to the organizers “this is a tournament of high quality where values such as self-improvement, sacrifice and constancy are present during the five days of the sport event”.

On July 2019, Barcelona will be the locality for the World Roller Games, where the champions in all of the roller sports disciplines are meeting.
These are eleven intense days for competing with other over 4000 athletes. Look for your discipline and join on this sport celebration: Scooter, Speed skating and Skateboard, Freestyle slalom skating, Artistic roller skating, Downhill skateboarding, Alpine roller skating, Inline Freestyle, In-line Hockey, Roller hockey and Roller Derby.

If you don’t wish to compete for any of these tests, we could anyways send your bikes, golf sticks, skis, snowboard, surfboards and more… so that you can make your sportive fun touristic getaway, like cyclist routes such as “El Camino de Santiago”, a trip around the Danubio or any other destiny that you would have in mind. You could also know new gold fields, ski stations, waves station and landscapes.

I want to send my equipment

Here is how snowboard pros train in mid- and off-season What do you need to be a good mountain skier? The best sport gifts for Christmas How to send your bike? 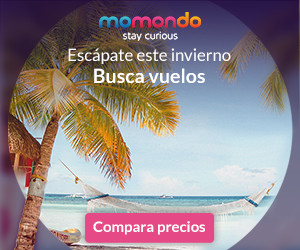 Here is how snowboard pros train in mid- and off-season

The best solution to travel with your electric bike